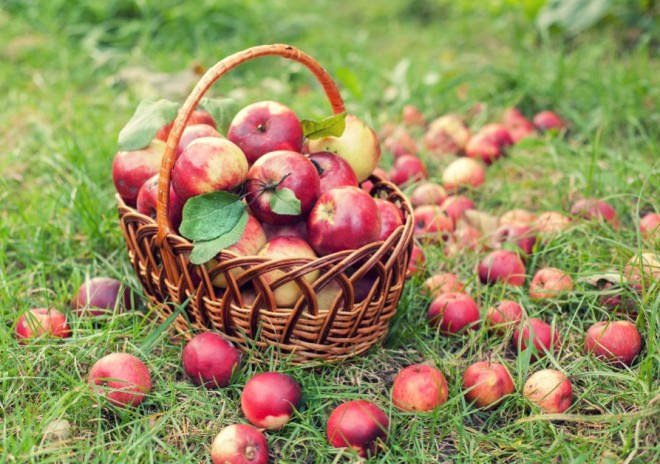 I originally posted this in October 2014. This is another of my three year anniversary posts. 🙂

~~~~~~~
Autumn has always held a very distinct place in my memory.  The aesthetics, the colors of fall, and that particular crispness in the air, are uniquely and wonderfully affixed to my internal memory wall.  Therefore, focusing on the good and positive things of Autumn, what comes to mind is the annual picking of apples.  The smells that are associated with fresh apples is beyond amazing! 🙂 Whether it’s from apples hanging on trees, rolling around under trees, or being carted off by tiny hands with big smiles, the aromas are far better than any fragrance modern society can offer.  The memories, however, which flood in at this time of year when passing by any apple cart, are infinitely priceless.

From a young age I can remember climbing up apple trees, and tossing down the best looking apples to my siblings or my Dad.  They, in turn, would put the apples into the classic wooden bushel baskets.  Soon, I would be joined by other brothers or sisters, who wanted to pick the apples instead of catch them. Somehow we would end up with enough apples, laughs, scratches, and contented stomachs to last until the next Autumn.

From the orchard to the kitchen – my memories go from one to the other very quickly. Being in the kitchen during harvest season, with all of the canning, preserving, and baking, has to be some of the most comforting memories.  I remember so many times, returning home and stepping inside, from cool or blustery weather outside. The wave of warmth that hit me upon opening the door, accompanied by the smell of fresh baked apple pie, was unlike anything else. Those sensations are not soon forgotten!!  I suppose that is why apple cinnamon fragrance candles are so popular.  Yet they do not yield the same experience as the real thing, at least not for me.

There is something so amazing about a fresh baked ‘goodie’ from the oven; the anticipation that mounts while the aromas smell more wonderful each passing second. A person’s self control is definitely tested; otherwise, the pie would never make it out of the oven in one piece. I could see our family members sneaking off with the aroma-laden-wonder, and making short work of destroying all evidence. (with apple-crumbed smiles of course) 🙂

I thank God for the memories!! They are all around me. When I walk down a path in an apple orchard, and see all of those wonderful apples, smelling the sweet aromas, and watching families create memories, I see my own Dad and all of us kids crowding around the trees.  I hear the laughs, and see the smiling faces of kids, and I see a little piece of heaven.  I see my Dad and hear him saying, “Hey, look over here, this tree is a good one”.  🙂 🙂
© 2014 Ann Moore

Reposting this poem from October 2014. You can find this poem and other inspirational poetry on simplymoores.com/publishing, in God First Volume I and Volume II, and they are free reading. While you are there please check out the other titles and check back for more releases in time for the holidays. 🎅 ⛄️ 🙂

~~~~~~~
When the world seems extra down,
And Life has donned a grayish frown,
I see color all around,
In the trees and on the ground,
Such beauty makes me smile;

For in a second, minute, or hour,
My mood can change from being sour,
Wrapped within the healing power,
Of the magic gift inside a flower,
Given to see my smile;

As Jesus Christ once did say,
King Solomon in grand array,
Could not come close in his day,
To match the beauty on display,
of God’s flowers, that make us smile. 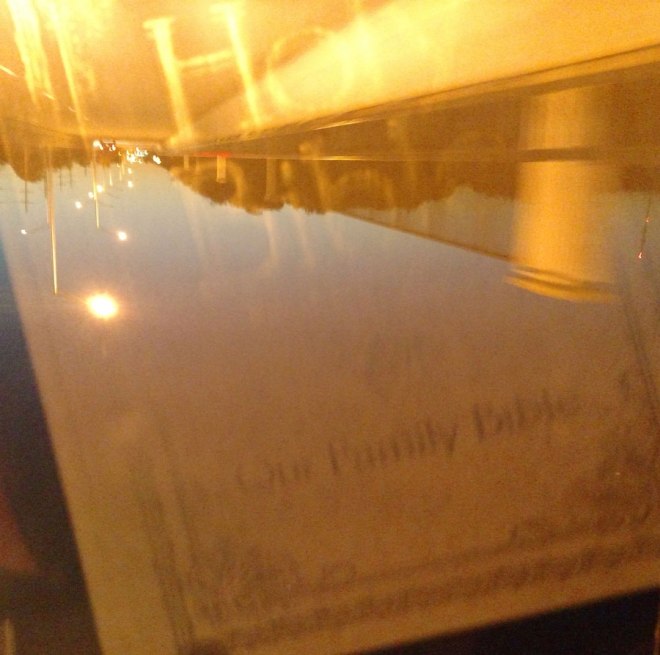 From This Heart to Yours

God is Good and all wisdom comes from Him.  The best book I have ever read, or ever will, is the Bible.  I will not get into semantics over versions, as I still read the King James Bible, from which my Dad taught me to read.

Yes, I learned to read from the Bible. I would sit on my Dad’s knee, and his thumbnail would underline the words as he would read it aloud.  As a small child I fell in love with the history of David and Goliath. The thought of God fighting for, and through, a small boy, gave me Hope.  That David was a man after God’s Heart, and was given to write some of the most beautiful songs and poetry of all time, inspired me.  I have never held another book that could draw me in, and captivate me the same way.

I also grew to be so inspired by the way the words were drawn, in our old Family Bible, that I learned calligraphy and stylized writing forms.  I learned to read and write from that Awesome Book.  More importantly, I learned about the One,  Jesus Christ my Savior, who personified what True Love is all about.

If this blog was only started for this testimony, I am very Happy to share.  🙂 If you want to read the only book that is known as God’s Word, get the Bible, and see if you can truly read it like any other book.  If you can or if you cannot, I’ll pray for you either way.  Here’s wishing you God’s Love and Wisdom. 🙂 🙂 🙂
© 2014 Ann Moore

Three years ago today, I was exploring a way to consolidate my writings, both personal and professional, as a sort of portfolio. After speaking with several writers at the local Whole Foods Market, WordPress was the name commonly tossed back and forth. I had briefly heard of WordPress, and decided to read about what this site had to offer, and see for myself what product could bring a group of unrelated individuals to an actual consensus. 🙂

Wow, that was three years ago!!
I have been asked a few times over the past few years, or was it just once,🤔 why is the site called Annswebb?  Well, I’ll share it now:

The site needed a name. (No, that is not the only explanation) 🙂  Since my name is Ann, and I was posting to the “web,” as it were, it made sense. Also, adding an extra “b” added it’s own identity. However, there is a story that started many years ago, that seemed to bring Annswebb to life:

When I was young, I would often get sick in the winter time. The area in which we lived was very cold, and while my brothers and sisters were able to go outside, I would be stuck inside; miserable at being sick, and also not enjoying the snowy bliss. I remember one winter when I was nearing the end of my grammar school years, and I was old enough to realize that building snow forts would soon be considered too young for my age. Sick and in pain, I watched as my siblings laughed and played in the snow,  while it seemed that my childhood snowy play time floated away like so many of the erstwhile seasons.

My Dad (capitalized out of love and respect) would try to cheer me up through my different and varied childhood illnesses. Dad was always trying to make things as equitable as possible for all of his children, but what could be done for a child who was not well enough to join in on a snowball fight? Well, after teaching me his secret recipe for homemade hot cocoa, which worked a couple of times, he engaged my imagination.

He encouraged me to write about snowball fights, sled rides, building snow forts, etc. At first, I was not very amused; however, I could add a happy ending to the snowball wars against my older brother. I once wrote a short story about how a snow ball grew, rolled down hill, and leveled my brother’s snow fort. My brother was not amused, but everyone else laughed.
Little by little, I got into the empathy of writing. Dad would make sure that I had some sort of little desk in my room, on which to put my writing utensils. He encouraged my writing, and often asked, “Have you written anything lately?” I had to admit, writing stories was much better than sitting around and moping. Also, Dad would bring me special snacks, because he hated to see any of his children sick, and he also said that writing was a mental work-out which required special “brain-food.” Dad was always considerate like that; and totally cool!! 🙂

Some of my earliest writings were in the form of inspirational poetry. I remember Dad asking different questions, making sure that I was writing from the heart, and not just to hear words rhyming together. My writing desk was usually positioned somewhere near a window, usually near the corner of the room. This one place we lived, there was a persistent spider web that would not go away. Although I never saw the spider, anytime I would sit down to write, I would see the spider web. No matter how many times I knocked it down with a broom, it would magically appear in a day or two, or the next time I sat down to write. I finally left it there when I wrote my last letter in that room, before shipping off to boot camp. The letter was telling my Dad, and even my siblings, (wink, wink) how much I would miss them, and how much I loved them all.

That writing desk in the corner, and that web, were the basis for Annswebb. This blog was to be my corner of the web, and that is how it all started three years ago today. Even though it began as an idea to consolidate my writings, I realized I had a deeper inspiration: To share the love of my Father in Heaven, through His Son, while honoring a loving Dad who was never too busy to encourage and inspire a sick child, in a world before there were home computers, internet, cell phones, social media, or any of this “modern” stuff.

I hope you enjoyed this post, and check back, because I’ll be re-posting my very first post from three years ago.